Lost Paradise or The Last Survivor?! 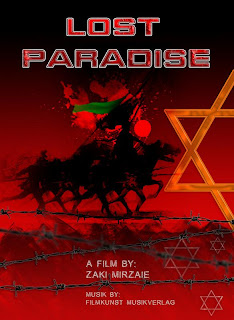 A short documentary about the world's tiniest minority; the last Jew in Afghanistan


Zaki Merzaie a young Afghan filmmaker has newly made a short documentary film and screened it in Kabul.

This documentary film is about the life of “Zebulon Simanto”, the last and the only Afghan Jew living in Afghanistan.

This Afghan Jew, the only survivor of a religion in a country that makes the tiniest minority in the world who can be recorded in Guinness World Record book lives in an old synagogue in Kabul. 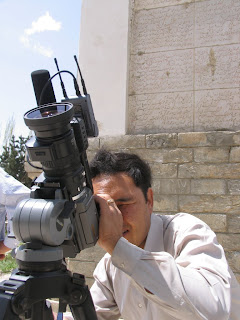 Zaki Merzaie the director of this film
Lost Paradise is the title of this documentary and it depicts Afghanistan a lost paradise for the religious and ethnic minorities who have been under pressure or have been eliminated and are now extinct in this country while the foreign (Pakistani Pashtoons) suicide bombers look for their paradise in Afghanistan and kill the people of this land along with themselves in suicide attacks.
The religious and ethnic minorities have always been abased and kept under pressure by the ruling governments in Afghanistan especially when the Islamic fundamentalism is mixed with tribal customs and makes it easy to misuse the religion against the non-Muslim religious minorities then they have no more their homes that is their paradise in which they have lived for centuries.
This film could be titled The Last Survivor too, as it is about the last Jew in a country. 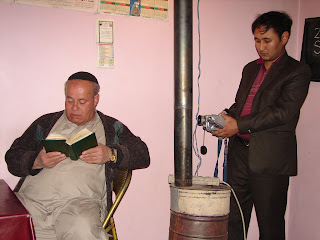 This short documentary in addition to talk on history of Jewry and Buddhism in Afghanistan of before Islam, narrates on how religious and ethnic discriminations, tribal and ethnic incursions have purged the ethnic and religious minorities in the country; religion have been misused as a tool for the genocide and population extinction and compulsory migration of minorities and for decades ethnicity was a mark for distinction and excellence for the major ethnic. 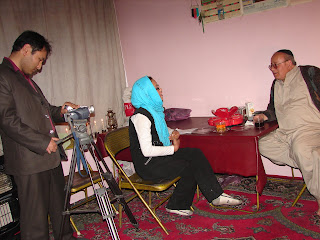 The Jews of Afghanistan, who mostly lived in Herat, have a long history in this land, but after the establishment Israel in 1948, most of them have moved there. Some of them have left Afghanistan during the Russian invasion in 1979 and the last groups of jew families left the country after overthrown of communist government and empowerment of Mujahedeen (Islamist warlords) in early 1990 the rest were forced to leave the country; as a result “Zebulon Simanto” and Yitzhak Levy were the two last remaining Jews in Afghanistan whose family have already moved to Israel years ago.
Until Yitzhak Levy died in 2005 they were the only Afghan Jews, living in Afghanistan who have remained there in all time and were many times imprisoned and tortured by the Taliban, but then now “Zebulon Simanto” is the only Afghan Jew who still lives in an old synagogue in Kabul.

Zaki Merzaie sends his documentary film to international film festivals to introduce the tiniest minority of the world. 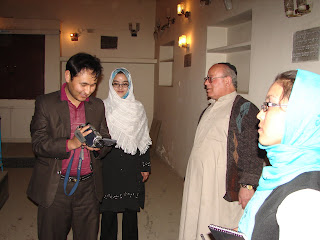 As said by Merzaie, because of lack of a proper sales and distribution system for films in Afghanistan, the filmmakers have no choice than selling the distribution rights of their films below the budget they spend on them for the distributors of CDs and DVDs, so Zaki Merzai has done the same as others do. 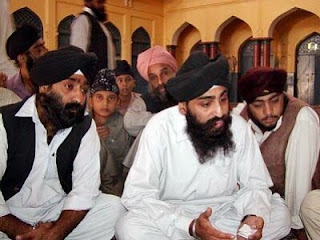 It is to add that the Afghan Hindus and the Sikhs are also one of the religious minorities who live for more than two centuries in Afghanistan and have often been discriminated, especially during the Taliban they were under badly pressures and with compulsory displacements and imprisonment for their religion. 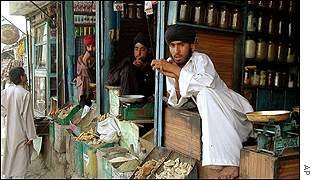 Afghan Sikhs running their businesses in Kabul
Lost Paradise is made while Hassan Nazeri, another Afghan filmmaker and professor in fine Arts faculty of Kabul University, have started filming of his documentary about the Afghan Sikhs and Hindus who are a religious and ethnic minority in Afghanistan.
Posted by Mohammad Amin Wahidi at 7:59 AM 1 comment: Links to this post