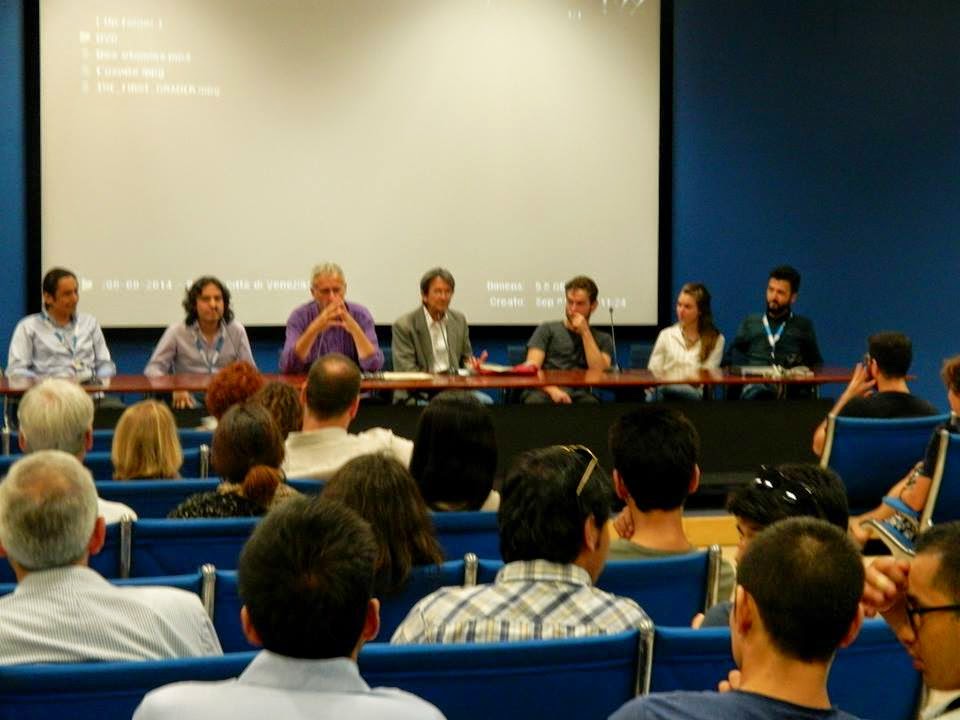 L’Ospite (THE GUEST) A short film by M. Amin Wahidi

L’Ospite AKA The Guest is the last work by Amin Wahidi shot in early 2014 in Venice and was presented in an special event of 71st Venice International Film Festival winning two awards from 22nd Venice City Award 2014, Award for the best short film and the Award as the best actor for Basir Ahang.

This short film is dedicated to all asylum seekers and refugees who are victims of war and violence in their homeland and victims of deportation in the second and safe land.
It is also dedicated to all those people who are drowned in Mediterranean Sea while coming towards Italy for seeking asylum. 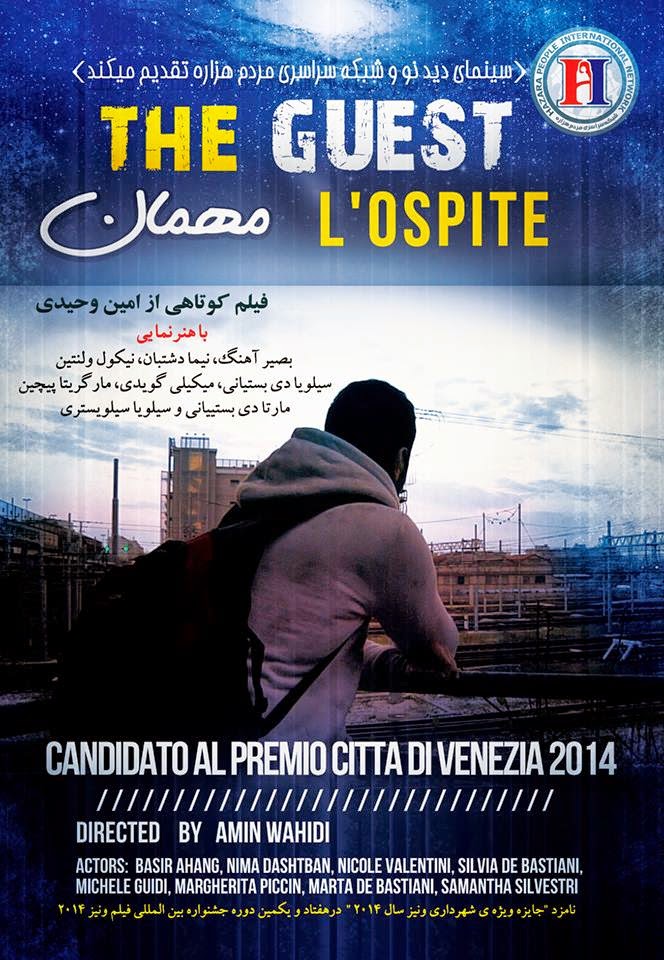 Synopsis:
Nima is an Iranian asylum seeker who has just arrived to Italy after three times of being deported to Greece. By chance he meets Basir, another refugee, student and activist for refugees’ rights, in front of Santa Lucia Station in Venice who speaks the same language. After they are introduced to each other, Basir takes Nima to his home for the night but when they arrive home, everything is changed in a few minutes. 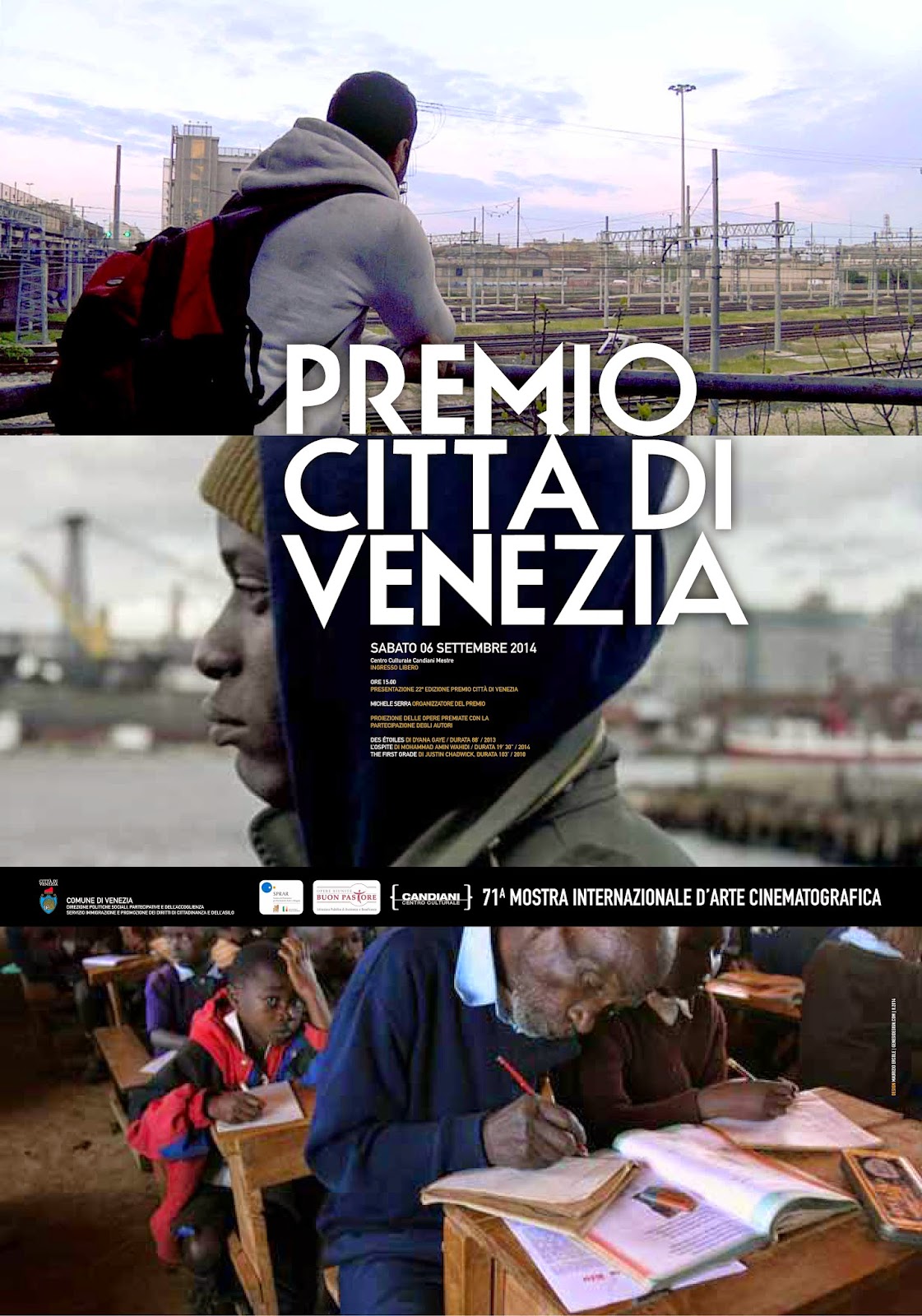 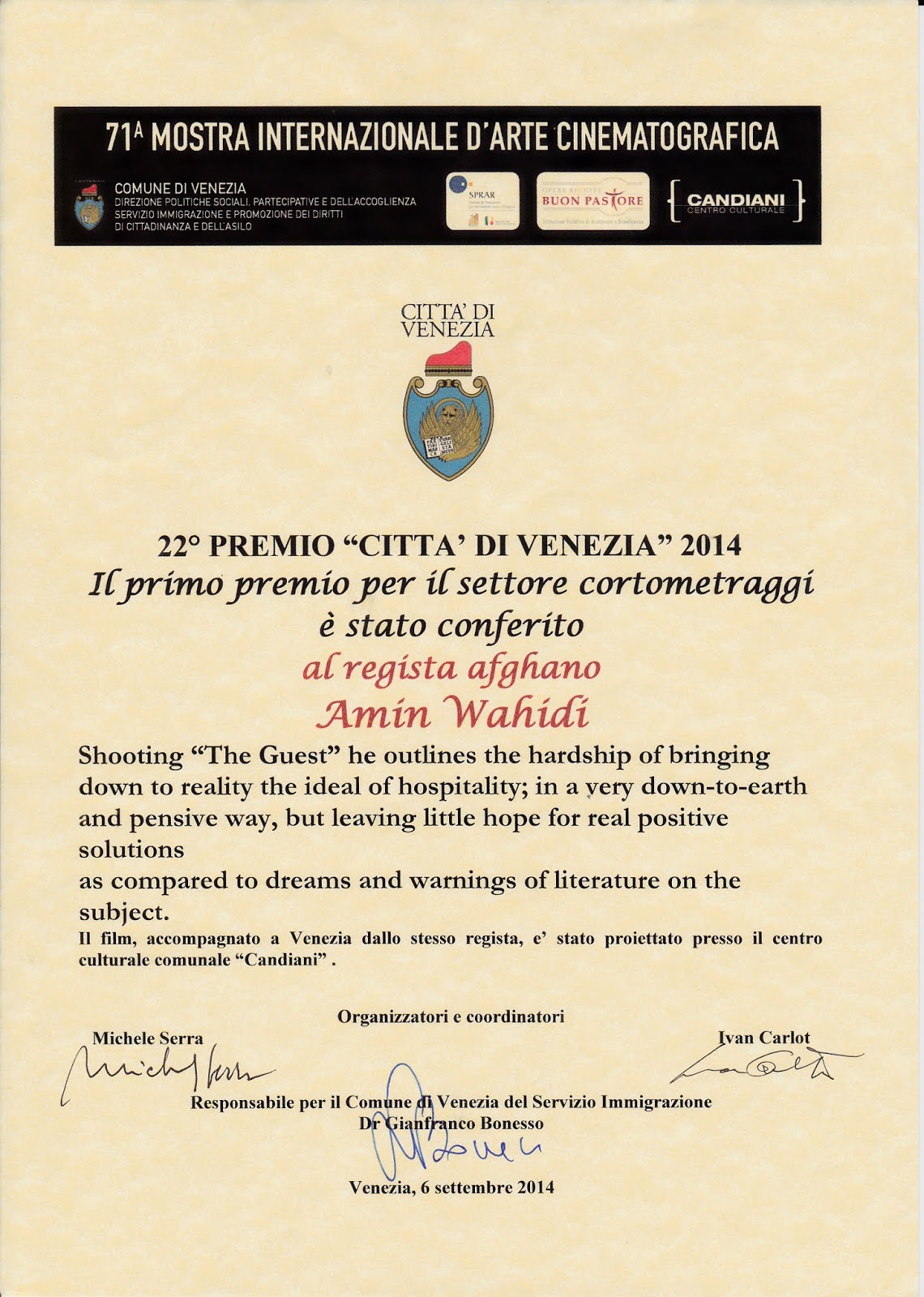 Posted by Mohammad Amin Wahidi at 9:13 AM No comments: Links to this post