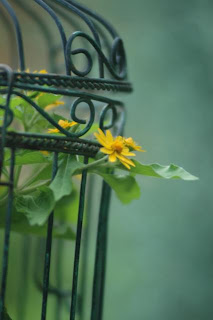 Sometimes the situation of life forces the human beings to bend down against the harshness in the world and dance according the music that life plays for them.

In such a situation, you would be forced to do things that you may have never imagined of doing one day but in reality you face them and are now forced to do.
These things could be anything that is told to you or you are directed towards.

These frustrating things in front of you, all together puts you in a cage of unwillingness, in a jail of suffocation as if you are tied up with chains and your freedom is taken from you without knowing who and how has taken your freedom from you.
There is no a certain point to blame or to point out that has put you in a kind of jail and there is no one responsible for it.

Having done a repeated thing on an every day basis for a long time if so, you may already be a bit tired of such kind of life, then you would say to yourself; “What a life?! Today, tomorrow, every day, Eeh! The same repeated boring thing!”

Even if you wake up in the mornings opening your eyes with the chatter of the singing birds around you, and open the windows of your room with a nice panorama in the greenery, but have to put down all your ambitions and desires aside, because you are not given chance to achieve them, instead do the same repeated boring thing that is imposed on you.

Like when a bird is in a cage, it doesn’t matter what the cage is made of; it could be metal or wooden, it could be of iron, wood or gold but it is still a cage and definitely a prison.

In the morning, you wake up and quickly get prepared for what you are forced to do, you get out of your cage for a defined time and then when it gets dark you go back to your cage and sleep, you do not have time to think, to explore, to see the world and to share your thoughts with the others and then finally no time for being yourself!

The days go and let the nights come after and then nights leave the ground for the next days and this way, you are lost within the friendship game of day and night which are playing hide and seek with each other and never reach to each other but in the middle your time is wasted.

Days go and nights come and nights pass and days come again, and then once when you really wake up, you feel like “oh, my god! It is too late! My life and my youth just passed without doing anything special, without being able to do things for the others”, “I must have done something”, on the other hand you have worked, you have worked very hard, as hard as you could, you remember that you worked for long hours, you worked until late at night and have always had pain on your body, you were always tired, sweated during the day and sleepy early in the evening, but still you feel like you did nothing, except just for a few Euros. 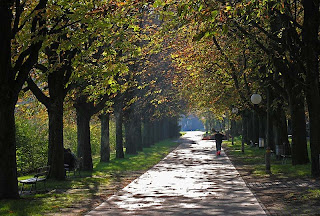 On the way from the cage to the time wasting mandatory, every morning you see the old man sweeping off the leaves as they fall from the trees, and then they fall off the trees again and again, and this way, he is busy the whole day sweeping the falling leaves in the autumn. And every day from his facial impression you clearly read his internal feelings, and feel sympathy with him as you see he does not seem to be happy for what he is doing. May be seeing the falling leaves in the autumn he reminds the autumn of his life and compares it with his own life, or perhaps you make mistake, he may enjoy seeing a lot of leaves falling off the trees in the autumn for which he would be paid a few more Euros by the municipality.
In this part you also remember the teen lovers, who pass by kissing each other and trample the fallen leaves selfishly to celebrate their romantic moments with coquetry on a naturally made orange velvet carpet. 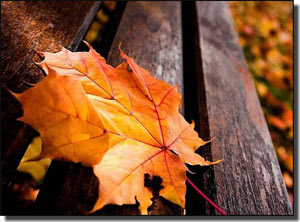 And when suddenly you see a pale leaf being taken by the autumn wind here there, you forget the old man and the lover teenagers as it reminds you of your own life, yourself, exactly like a pale leaf being taken here there by the wind of life not sure which direction you will be taken towards. The rustling sound of dry and pale leaves gets familiar to your ears on this path.

And the same is every day when you pass by the shop of the old hairdresser; from far away you hear the shearing sound of his scissors almost every day; Quich- Quich cutting the hairs and making piles of hair on the floor but you get bored seeing the same thing he is doing the whole his life, eh! Every day, cutting hairs! But you don’t know, perhaps he is happy to find a secure job for the rest of his remaining lifetime; perhaps he thinks that hair grows on daily basis and he always has work to do: just cut the hair and it grows again and never finishes; this way, he can earn a few more Euros. From this part you only like the sound of shearing scissors, when it is followed by the rustling sound of the sweeping leaves repeatedly one after the other on a daily basis, it is like a music and your ears get used to them within the time you were to follow this path.
And then late in the dark, when you are towards your cage, again you face other images; the naked legs of the young and middle –aged prostitutes that stand under the trees on this path to attract customers to sale their body for some moments for. In a short glance it seems attractive and you say; “Wow! These things could change the temper and could release the tiredness” but when your conscience bewares you of the depth of fact, in your heart you cry for them too as you regret for the old leaf sweeper or the old hair dresser, when you feel that they are doing it just for a few Euros, who knows if these prostitutes are also forced to do it unwillingly because of this wretched life.

Oh, forgot to say, there are two more sounds during the mandatory that are never forgettable for you. Out of these two, you enjoy one and the other is an abasing sound that you wish you would never heard it and you now would rather not talk about it.

As you stand for long hours to do what you are forced to, the bells of the clock of the church that is located near by, tells you the time and takes you towards release as the darkness comes, not knowing that there are still other of the same repeated boring days ahead, for a while you say “thank god, finally I am being released today” but when you think in deep, you find out you lost another twenty four hours in the hide and seek game of day and night without doing anything especial; anything for the others but just for a few Euros! 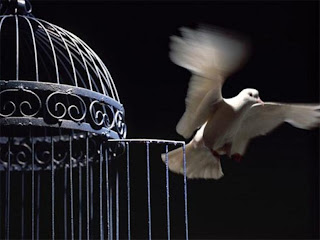 And finally in order to release yourself from thirst of a real freedom, the kind you are looking for, the only thing you can do is to try and pray to be able to break the cage and free yourself out of it as soon as possible.
Posted by Mohammad Amin Wahidi at 5:41 AM No comments: Links to this post