Call for entries at African, Asian and Latin American Film Festival of Milan 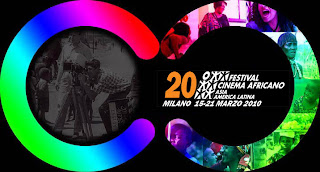 Deedenow Cinema Production ® Afghanistan has received a message from the African Asian and Latin American Film Festival of Milan for the participation of films from Afghanistan.

The content of the message is posted below for the Afghan Filmmakers who wish to send their films to this festival in Milan Italy.

We are pleased to inform you that the 20th African, Asian and Latin America Film Festival will take place from March the 15th to the 21st 2010.

This is the programme:

Non-competitive section: the Competition presents fiction films and documentaries about Africa, Asia and Latin America made by directors who are not from these continents.

Please, find attached the Rules of the Festival and the Entry form.

Do not hesitate to ask for further information,

We look forward to hearing from you,

See the Homepage of the festival here

Posted by Mohammad Amin Wahidi at 2:42 PM 4 comments: Links to this post