Celebrating the World Refugee Day with a Short Film 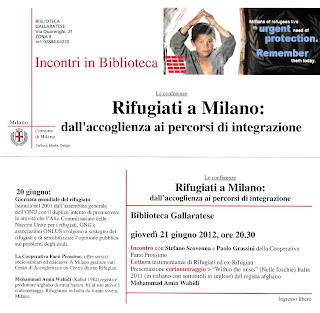 June 20th is the World Refugee Day that is celebrated all over the world.
This year, based the UNHCR announcement, the Afghans still have the highest number of refugees and asylum seekers in the world.

World Refugee Day was celebrated in a public library in Milan Italy with many refugees from Afghanistan and African countries.

“Within The Mists” a short film by M. Amin Wahidi was projected and the director talked about his experiences as a refugee and how his film was inspired and then made.

Plot
A refugee writer/poet is trying to make relation with the city he has moved into but he fails. A man alone, the citizen of nowhere tries to find a link between his present and past. Suffering solitude Mr X is the search of a meaning for his life. Could this meaning be love, love of a human being. What if he leaves the city and its crazy people, could this be a concrete solution for him?
In three words this film is about: nostalgia, solitude and homelessness. 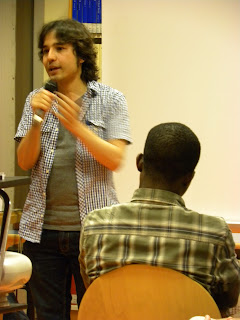 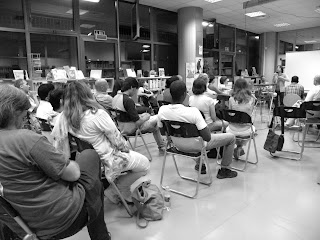 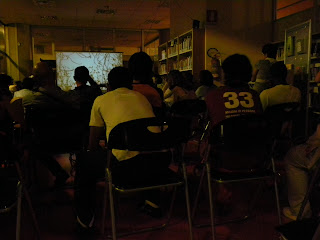 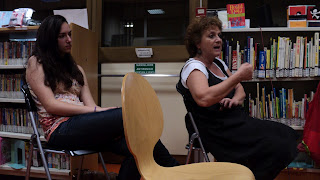 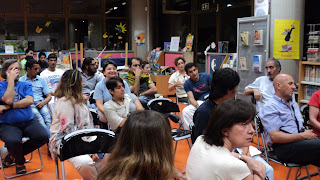 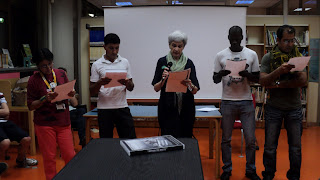 Posted by Mohammad Amin Wahidi at 4:57 AM No comments: Links to this post