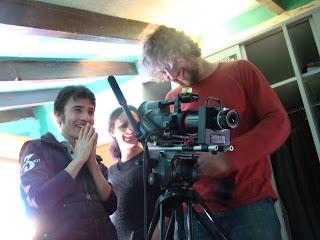 “Within the mists” is the title of an independent short film in post production by Deedenow Cinema Afghanistan and Rem-spot Italy.

The story is about an artist being lost within the mists of the city he lives in. He is being lost in his illusions and the existing realities around him and tries to come out of this situation.

Smail Djennadi has played the role of Mr. X in this short film.

The bad whether this year lengthened the project until mid January while it had began late November.

It has been now three years of my residence in Italy, and so far what only I could do was writing screenplays for short films hoping to be realized one day on the land I am trying to find me once again out of the mists that surrounds me. Out of several screenplays I have written so far to be self produced, this short is the first one as the beginning of moving on track once again.

It has been a nice experience though, especially getting to know many good people and making many good friends and collaborators that could result collaborations in the future projects.

Here I ought to thank the crew members; Marco Masante, Laura Manconi, Paola Denisio, Emma De Nicola, Smail Djennadi Reza Karimi, Mattia Giubilei and the friends of ChiamaMilano who helped us during the casting. 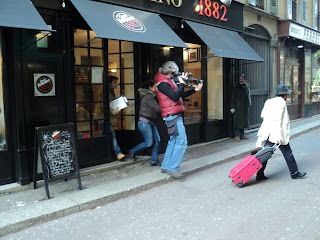 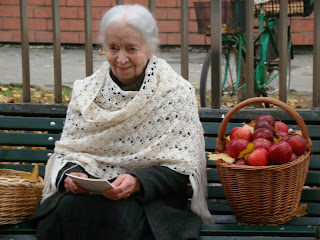 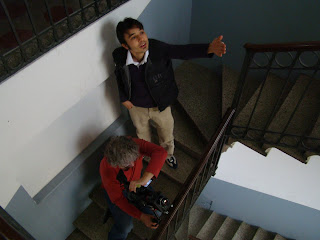 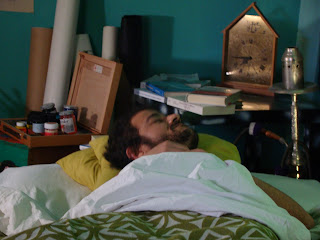 Posted by Mohammad Amin Wahidi at 4:08 PM No comments: Links to this post

A short film by a young Hazara filmmaker from Afghanistan 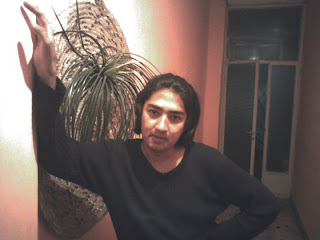 Lately the Iranian Regime has stopped more than one thousand and five hundred Afghan fuel trucks in their borders when they were transiting to Afghanistan.

This has caused the rapid rise in the cost of fuel in this cold winter in Afghanistan while millions of people are dying of hunger and coldness.

Here is a short film by a keen-eyed young Afghan (Hazara) filmmaker on how life passes for the children of Afghan refugees in Iran, the generation that has a gloom future in front of them in Iran.

The director is Mohammad Reza Sahibdaad who is now residing in France.

Deedenow Cinema will post M. Reza Sahibdaad’s other works in the future.

Posted by Mohammad Amin Wahidi at 4:02 PM No comments: Links to this post

The Sweet Melody of Politics 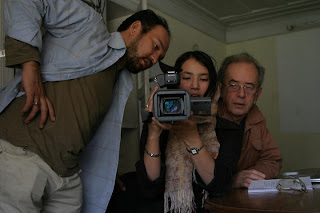 It is worth to vote for a documentary done by a new talent female Hazara Filmmaker who tries to give a different identity for her gender.

Mona Haidari, a 21 year old, Hazara filmmaker who participated in Atelier Varan documentary workshops in Kabul has made this documentary.

The documentary is about a young woman, who first became a quite famous singer through a music competition show on TV who then runs for politics, in the land of contrasts, where the women are imprisoned in the cages of ignorance by men.

To break this taboo against the women, it is helpful to encourage the young female filmmakers who try to depict the lives of those women taking parts in struggles for their rights and bringing changes to the lives of other women.

Voting this documentary would be an encouragement to the filmmaker to reflect more and more women’s voices in her future works.

The Sweet Melody of Politics from Women's Voices Now on Vimeo.

Posted by Mohammad Amin Wahidi at 3:15 PM No comments: Links to this post