Made in Afghanistan films in Germany

Films from Afghanistan – Images from an unknown land
The special program entitled „Afghanistan - Inner Views” as part of the International Leipzig Festival for Documentary and Animated Film will present the works of Afghan filmmakers for the first time. In doing so, DOK Leipzig is giving new impetus to intercultural dialogue and underscoring its reputation as a place of encounters. The more than a dozen films in the special program offer impressive proof of a cultural liveliness and contemporary trends from a land which had internationally been regarded until now as being without its own film scene. DOK Leipzig thus is also reacting here to a growing need for information from the public. For although Afghanistan has long been dominating our daily headlines, we know little about the land and its people.

More than just war and poverty
There are less stereotypes and more the Afghan film-makers' own view of their own land at the centre of the films in the special program. Surprisingly many young women directors are represented here with their works. One film - Alka Sadat's „Half Value Life“- is also showing in the International Young Talent Documentary Competition - Generation DOK. Most of the films reflect everyday life and normality as well as social injustices which are burning issues for the authors. These include, in particular, forms of disenfranchisement like forced marriage and the imprisonment of women, child labour and patriarchy.

DOK Leipzig as a place of encounter
Several of the Afghan film-makers will be present at the festival as guests. This will be a special opportunity for the audience to have interesting conversations. Moreover, the goal here is to bring the Afghan filmmakers, who have few professional connections, into contact with producers, commissioning editors, and interested distributors. A DOK Summit panel discussion on the subject of „Producing in a State of Emergency - Film-making in Afghanistan” aims to inform and promote greater mutual understanding. DOK Leipzig is thus providing the forum for a dialogue which the security situation in Afghanistan would otherwise make impossible.
As a complement to the film program, the photographic exhibition „Unfinished Business – Afghanistan from the other's point of view” will offer new insights into the subject matter. More than 60 pictures, which have mainly come from Afghan photographers, provide an unfiltered view of Afghan reality. The special program has been created by Martin Gerner, the initiator and director of 2005's Afghanistan Film Festival Cologne, who has regularly visited the country since the beginning of 2004. We would be very pleased if you would support us in spreading the word about our festival. Please direct any enquiries to the press office:
Katrin Haucke // presse@dok-leipzig.de // Tel.: +49 341 308 64 16 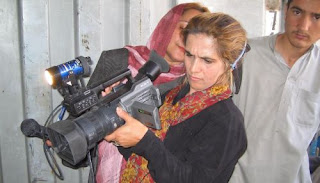 Film Information
Shadows of war
The beginning is made by „Passageway“, a stirring chronicle about a chapter in the Afghan civil war whose horrors were further intensified by the subsequent seizure of power by the Taliban. Director Abdul H. Danish will be showing in Leipzig for the first time the uncensored version of his film. The chaos of war and the ensuing trauma are also expressed in „My Kabul“, a journey by taxi through the capital which is both destroyed and in the process of reconstruction. An atmospheric picture which recounts the memories of the taxi passengers about the war and has not lost any of its topicality. „Shelter“is the first Afghan animated film of international quality after more than two decades of war. It shows both the scale of the population's broken psyche as well as the positive principle of hope.T he painful break with the past is exposed by „Dream of Light“ through the example of Kabul's wrecked power supply. The stoical way the protagonists cope with the shortage is a testament to unknown human virtues.
This along with other films in the selection is expressly indebted to cinéma vérité.


Women's fates
Another issue in the special programs are women's fates: „Half Value Life“, the portrait of a courageous public prosecutor by the young woman director Alka Sadat, seems to confirm our cliché of a misogynous society marked by irrevocable traditions. „Moral Crimes“, Karim Amin's insight into a women's prison of Mazar-i-Sharif, also gives an idea of what a tough time justice and a new constitution both have against traditional principles. The inmates of this prison are women and their children who have resisted arranged marriages. Nevertheless, the social development in Afghanistan isn't necessarily only static or retrograde as can be divined from „Mesh“. Director Aarzoo Burhani looks here at the burka, the item of clothing which foreigners commonly associate with Afghanistan. Naturally, Afghan women also have desires and wishes: the camerawoman, who is at the centre of „A Girl from Kabul“, is of necessity a confirmed single. Her experience here is that independence in one's profession is hardly compatible with the society around her. „Zakia Did Stand up“follows the murder of a female journalist who did successfully embody the new press freedom in Afghanistan for a certain period of time. Other filmmakers have gone abroad because of the conditions. „Behold Alone a Woman at the Beginning of a Cold Season“shows the self-portrait of a woman writer who is fighting with her inner conflict and her new home in Europe.


Normality and everyday life
And, finally, the Afghan film-makers take a non-dramatic look at their own everyday life: „Sahar, the Young Carpet Maker“contradicts the often stereotypically portrayed subject of child labour. „A Day in the Life of Rahela“is one of several works in the film program achieving high concentration and authenticity through a precise and calm talent for observation. The exuberance and the travails of everyday life co-exist on equal terms. „Bulbul – The City Bird“tells the story of a group of street children who work as car washers. The Kabul of the nouveau riche and the precarious everyday life clash here as parallel worlds. „Buddha, the Girl and Water“take the observer to the place where the Taliban destroyed the historical Buddha statues and the people have other problems than thinking about its reconstruction. And in „The Last Shout“, another animated film, two matches fall in love with one another. The language and setting bear the signs of a globalized reality. What appears completely harmless to Western viewers - the kiss of two matches - represents a provocation according to Afghan standards.
International Leipzig Festival for Documentary and Animated Film
Posted by Mohammad Amin Wahidi at 7:54 AM 1 comment: Links to this post