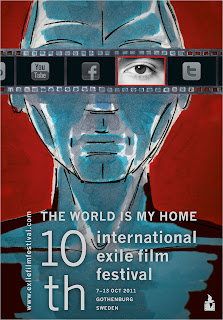 Film Title: “Within the mists” 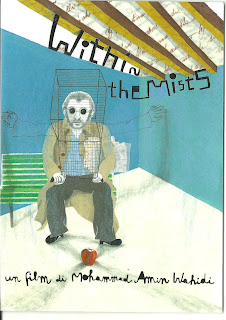 Mr. X is a single man, poet, painter and writer. He is a refugee in a big city which he thinks has swollen his identity.

His poems are refused by publishers and he doesn’t find a love.

Every night he has nightmare and thinks he has lost himself in this big city.

He goes to a doctor because his friends have counseled him, and in the first look, he falls in love with the doctress, seeing her beautiful eyes.

One day he finds falling red apples from the basket of an old lady on the street, he follows her to give her back the apples, but she disappears.

Since then, with those red apples he falls in love with a girl every night he dreams.

Finally one day, he meets two people in a bar: the lady of the read apples and a beautiful barkeeper that is mistaken to his doctress, but they say none of them knows him. He leaves the bar angrily and outside the bar he meets the girl of his dreams with another man but she doesn’t know him either.

It is the day he decides to leave this city and its entire crazy people.

Click Here to see Exile Film Festival
Posted by Mohammad Amin Wahidi at 5:06 PM No comments: Links to this post