What happened to “Opium War”? 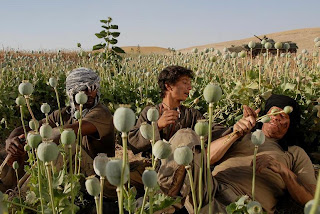 a scene of Opium War (Photo from Barmak Film website)
A: Do you know something about Afghanistan?
B: Is it not the country where there is always war and the people plant opium and …..

Oh, how shameful I am when people know my country with these identifications!
Opium, drugs and war are the terrifying words that are written on the forehead of Afghanistan as identification marks in the recent years instead of the good things which also exist in this country from years back.

And if you ask about the cinema of Afghanistan, most of people name Osama the Afghan feature film that won some international awards, which is also a bad title for identification of Afghan cinema because if its similarity with Osama Bin Laden

These three words, “war, opium and Osama” reminds me of the title of an Afghan feature film that was in post-production last year by the director of Osama, Siddiq Barmak. 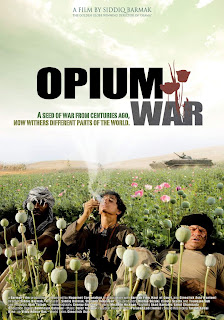 Opium War poster (from Barmak Film website)
Last year I read about production and post production of Opium War the second feature film by Siddiq Barmak the Golden Globe winning Afghan director, in one of Kabul’s weekly papers but then I didn’t hear anything about its premiere, award winning and media banging like this director’s first feature film Osama. 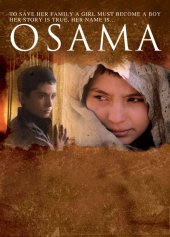 Osama Siddiq Barmak's Golden Globe awards winning film
Possibly it was premiered or won many awards may be I didn’t hear anything about it?!

I am curious to know about what happened to this film because it is important to know what happens to the second and third films of a Golden Globe Award winning Afghan director. 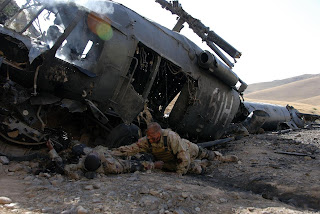 Why it was not premiered yet in Kabul or why wasn’t it sent to international film festivals of the world yet?
Is this film not ready for premiere after one year from its post production?
Was it not eligible to enter these film festivals? And why didn’t it bomb in the media as Osama the first film of this director did? Is it because of Mohsen Makhmalbaf’s role?
Or there could be some reasons beyond it? 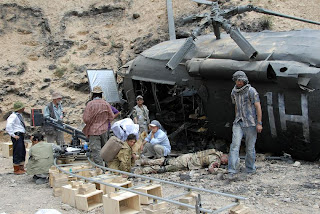 Seddiq Barmak and his multi - national crew members on the set (photo from Barmak Film website)
During the production of this film, as it was revealed in one of papers in Kabul in August 2007, the story of this film is about crash of a helicopter of the American forces in the middle of an opium field in Afghanistan and continues with friendship and relationships of these injured soldiers with the local people after they are being helped by them and ……(But I am not sure if it is the story of the film or not) 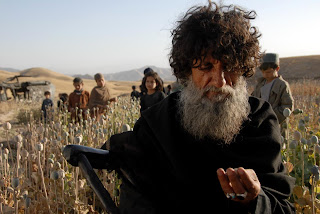 On the set of Opium War (photo from Barmak Film website)
Some people say, lately Siddiq Barmak and Mohsen Makhmalbaf the world known Iranian director have broken their friendship while in Barmak’s first feature Osama that won a Golden Globe award, Mohsen Makhmalbaf had the main advising role for Barmak and supporting role for the marketing and media coverage of the film, thus feature Osama was a success and won many awards including Golden Globe. 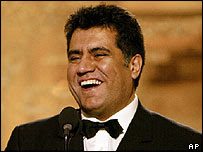 Siddiq Barmak
A couple of months ago, when welcoming Rakhshan Bani Etimad the Female Iranian director to Second Take International Film Festival of Kabul Barmak has indirectly blamed some Iranian filmmakers for taking advantages from Afghanistan and misusing the Afghans with untrue stories that scorn the dignity of Afghans in their films and reflect wrong information about Afghanistan to the world, which he meant Mohsen Makhmalbaf who made many feature and short films within Afghanistan or about Afghanistan.

In early 2007 Makhmalbaf and other crew members of his film were attacked with hand grenade by unknown people in Saripol city north of Afghanistan when filming his latest film in Afghanistan, “The two legged horse” then some crew members were wounded and they stopped filming in Afghanistan. 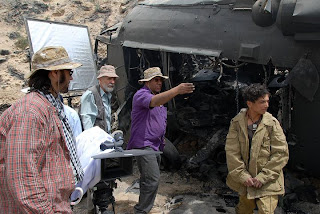 Barmak on the set of Opium War (photo from Barmak Film website)
This time the second project of Barmak is done without Makhmalbaf’s interference and support, which could have caused its postpone or may be failure but still it may be early to judge about it, so lets wait for the time that reveals the truth.

This is the news item that I read in cinema page of Kabul Weekly in August of last year.

Opium War the second feature film of famous Afghan filmmaker Seddiq Barmak is going to be ready for premiere.

As said by Barmak, the film is washed in Almata Kazakistan about a month ago and it will be edited in Tajikistan which takes a period of thirty to forty days and then the final version will be printed in Madras India.

Barmak says when the film is ready; it will be premiered first in Kabul for the Afghan people.

Then Barmak plans to introduce it to two or three international film festival including Cannes in France.

The filming began in June 24th near Karkar coal mine in the north of Afghanistan and it took fifty days.

The multi-national crew for the second feature film of world known Afghan director was composed of Russian cinematographer, Indian make up artist, Iranian sound director* and Tajik set designer in addition to Afghans.

Barmak expects to premiere his second feature by mid September this year. (Kabul Weekly)
Posted by Mohammad Amin Wahidi at 6:43 AM 4 comments: Links to this post