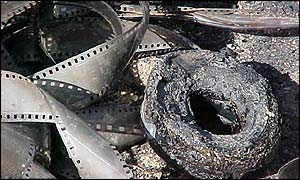 CALL FOR CANDIDATES
From July the 29th to October the 12th 2006, a first training workshop with
Ateliers Varan took place at the faculty of fine arts of the Kabul University.
Ten students, of which four women from various groups of the Afghan society
took part in the experience.
The workshop was a success. Ten short documentaries were shot by the ten
first participants, depicting with an insight view today’s realities of a
reconstructing country. All the films were broadcast by Radio Television
Afghanistan in 2007. They had and still have an incredible career in
international film festivals.

The equipment – cameras, editing and projection facilities - have remained in
Kabul at the Goethe-Institut for the students to use.
In 2007 we started a second level workshop around the writing, the production
and shooting of a documentary serial “Children of Kabul“. The workshop
featured an editing option. Eight people (mostly from the 2006 workshop) took
part, five as directors and three as editors.
The project continued in 2008 with the last shootings, a first editing session
and the screening of the films in Kabul.
The films were then finally edited in Paris by their young Afghan directors.
The films have already be screened in two major international film festivals :
The Leipzig DOK (end of October2008) and the Festival des Trois Continents in
Nantes (end of November 2008).
The production of “Children of Kabul“ has been a fruitful experience that led us
to define the following program for 2009 :
- Our group of young filmmakers needs to expand, and new people
should join. We plan to hold a new FIRST LEVEL WORKSHOP IN
SPRING 2009 for ten new participants. Some of our senior students
will take part as tutors of their younger colleagues.

- CANDIDATES:
We are looking for ten highly motivated students, both male and female.
No particular experience in filmmaking is required, only a strong motivation to
make documentary films, a great openness of mind and a great curiosity.
The candidates will be selected from a list of people proposed by various
actors of the media scene or institutions like cultural centres, local production
companies interested in the field, NGOs etc…
Candidates that are not introduced will not be seen.
Candidates will be selected by the staff of the workshop.
The selection will take place during the first week of February 2009.
We will select a minimum of 4 women. We are looking for a group that would be
representative of the cultural and social diversity of the country.

- CONDITIONS :
The workshop lasts 12 weeks and is a full time activity. The participants agree
that they will not pursue any other activity during this time.
No scholarship will be charged.
An allowance of 20 $ per week will be granted to each participant. Their
transportation costs, catering costs etc will all be at their own charge. Only
some expenses related to the shootings will be refunded if agreed upon in
advance.
We strongly recommend to the participants that have a job in the field of media
to negotiate with their staff to have at least part of their salary maintained.
Others should find sponsors.

- WORKSHOP PROGRAM :
During the 12 weeks of the workshop each participant shoots a short (around
20 minutes) documentary film.
The first 4 weeks of the workshop are dedicated to learning how to use the
equipment, seeing and discussing classic documentary films, shooting
exercises, researching and discussing each students’ film project.
For the 5 next weeks, the students are shooting their films on the field. Each
student directs his film on camera and is helped by other students on sound.
The rushes are seen and criticized by the staff of the workshop with the other
students.
The 3 last weeks are dedicated to the editing of the films. Each participant edits
for seven days with a professional editor.
The last day of the workshop the films are screened for a large audience. 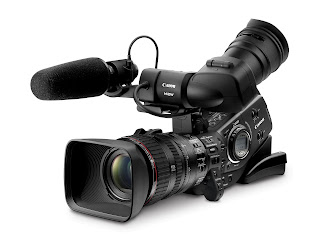 IF YOU THINK OF ANYONE WHO WOULD BE ELEGIBLE TO TAKE PART IN
THIS WORKSHOP AND WILLING TO RESPECT OUR CONDITIONS, PLEASE
LET US KNOW : manon.blanfumet@ateliersvaran.com
Atelier Varan Kabul is supported by the Goethe-Institut, CCF, the French
Embassy, Arte International, and has partnerships with Afghan Film, RTA andThe Faculty of fine Arts of the Kabul University
Posted by Mohammad Amin Wahidi at 6:52 AM 2 comments: Links to this post